Put on your most serious glasses, Dames Nation….

Because we have a BUNCH of BUSINESS to attend to at the beginning of this here letter, and then we’ve got some BOSSING to do. So buckle in and join us!

Teen girl vengeance AND a cat this cute? TRULY, this film is #Damesbait.

No, not at The Big Game! At our first livetweet of 2017, A Girl Walks Home Alone At Night, Ana Lily Amirpour’s Iranian vampire western romance revenge fantasy, a very stylish movie of which Dame Sophie is particularly fond. Sure, it may mean missing the premiere of a touching Budweiser ad about a lost puppy’s cross-species friendship with a Clydesdale or something, but the highlights-- whether athletic or advertorial-- will all be available on YouTube by Monday. Dames Nation’s wit and insight, however, is one night only! The details:

When: Sunday, February 5, 7:30 PM ET
Where: Twitter! Follow along with the conversation at #nightdames
How: Netflix (or a DVD borrowed from an obliging library)

This is a completely normal TV show for children where a Jack Russell Terrier portrays some of the most famous romantic heroes of classic literature opposite human women, like in a chill and regular way.

Where: The Free Library of Philadelphia, 1901 Vine Street, 19103
When: Saturday, February 11th. Doors at 5:30, Appointment TV at 6:00, and Overdue at 7:00
How: By purchasing a $15 ticket (with proceeds to benefit the library!), available here!
What: Appointment Television will be discussing everyone’s favorite way to cheat on English homework, the PBS show "Wishbone," and Overdue will be discussing Robert Louis Stevenson’s Treasure Island.
After Party: Will be at The Key & Kite at 1836 Callowhill Street, and hugs will be FREELY distributed!

Both your Dames desperately hope to see you there!!

But since we’ll be there, we won’t be HERE…

So next Friday, instead of us, you will have guest editors Barrie Hardymon:

Both are represented here, in their very essence, with fantastic gifs from the National Archives’ collection on Giphy because they're taking a break from their regularly scheduled work (where they write about books, other things, and how other things relate to books at NPR [in Barrie's case] and every publication worth its salt [in Lizzie's]) to talk with you about their very favorite OLD things. We are excited to read their work and DELIGHTED to share them with YOU all!

And LET THE BOSSING COMMENCE with a little Ask Two Bossy Dames!

We've dipped into our store of questions (which you can add to at any time via our handy Google Form) and picked a lucky pair of seekers to satisfy with a little Damesly wisdom!

I'm trying to read at least one or two super long books per year because to this point I have shied away from them and I'm sure I'm missing out on good stuff. I'm a little over halfway through Middlemarch and it's very dense, but great! What big reads would you recommend? Any that specifically read well when broken up? I do better taking a break with a lighter read in the middle of a longer one.

You want much more than this [19th Century] provincial [novel] life!

Oh, boy, we love a readers’ advisory question! So, first things first: if you’re motivated to read big, dense books because you are genuinely psyched to invest your time & attention in a complex narrative, great! Follow that impulse! If you’re guilting yourself into reading weighty tomes just for the sake of page count or some externally-motivating factor like that, we urge you to set that aside and read what you’re really motivated to read. With that caveat in place, here are some super-long possibilities, across a variety of genres and styles. We can’t guarantee success with taking a break in the middle to read something shorter, but you’ll never know til you try!

We hope one or more of these appeals to you! Dame S. likes to find good longer books via the podcast Live At Politics and Prose (which features author appearances to give you a taste of what their latest book is like) and the occasional segment on Book Riot’s Get Booked podcast, where hosts Amanda Nelson & Jenn Northington answer reader questions just like yours every week!

I am obsessed with prestige. I want people to know that I'm smart and be impressed by me before even meeting me, sheerly based on the institutions I've associated myself with. But, I also hate this part of myself. My dream self is living on a budget, working for social justice, and thumbing my way through library books in my free time. Instead, I live in a big, expensive city that looks good in Instagrams, work at a job that makes me feel empty but makes my bank account look full, and walk around like a shell. What should I do?

Listen, we’re not above purchasing a membership in this club, ourselves.

The fact that you have the self-awareness to state so clearly that you are fixated on prestige is the first step towards making a change. Of course, the big next question is: how strong is your desire to make a change? Is your dream self the self that you truly want to be, or is it… kind of another way of chasing prestige? Like, if you can’t impress everyone with your prestigious credentials, you’ll silence all of them with your self-abnegating nobility? We could be wrong, but we think that there might be a more realistic self that lies somewhere between your high-earning, low-feeling situation and your more tightly budgeted, social justice-embracing dream. Spend some time really engaging with the question of what kind of life you want to lead.

Instead of shaming yourself for the fraught form your ambition takes, can you find a way to honor the approval thirst your prestige-seeking represents while also satisfying your eagerness to be of service to those less fortunate? As a pair deeply addicted to people-pleasing, something that's helped us a ton is focusing our approval-seeking on a tight-knit group of friends whose high opinion actually MEANS something to us. You won’t get over needing praise overnight, but if you can pull back from needing universal approval by instead relying on artisanal, locally-sourced approval from a select few who really mean something to you, whose values align with yours, and who can compassionately identify your limitations and adjust their expectations of you in light of them, you’ll find yourself seeking approval MUCH more healthily.

Now, with your goal for life refined, and your approval-seeking rejiggered, all that’s left is logistics. If you’re making a good living, you can leverage that to stash away extra cash to give you a cushion to either move to a less-glamorous, more fulfilling place or take a break from your current field to try one that pays less but is more appealing to you. If your job is not thrilling but also not hateful, you could stay where you are, and use those extra dollars to lean into a Young Philanthropist role, giving money to causes you feel passionate about and fundraising for them among your friends, or by joining an organization like The Awesome Foundation, which hands out $1,000 at a time to people who want to make their cities just a little niftier. There are a lot of ways to walk the walk that aren’t all-or-nothing. We recommend ditching the dichotomy and taking steps that make you feel good and make a difference. If you find that the more you do, the more you want to do, you’re in the enviable financial position of being able to do so.

Good luck & carry on,
Your Dames

Fertility, The Upside: ALL HAIL OUR NEW SAVIORS, THE BEYBIES!! 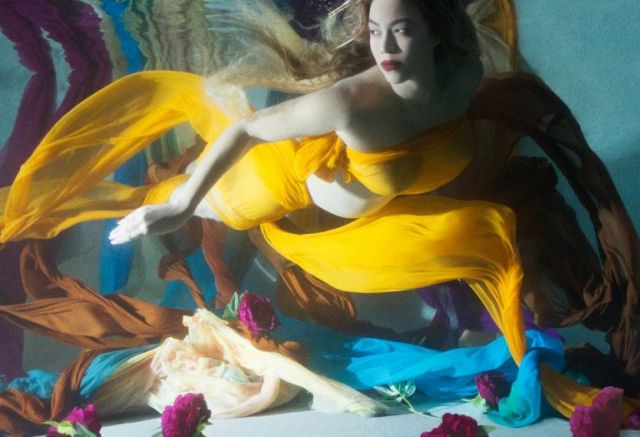 Look, we could include all sorts of links here, but why pretend we're going to do ANYTHING this week except gaze at the glory of Beyoncé's full pregnancy shoot? And then analyzing, first with our friend Miriam and then with a panel of experts, all the secret symbolism behind the stunning photos???

Fertility, The Downside: Maybe Let's Take a Second to Sit with Abortion Rights Being at Risk? ...we ARE going to recommend that you spend a little time with two pieces of journalism that look at what life was like for women in America before Roe v. Wade made abortion legal. First, readthis incredibly frank accountof what one comparatively privileged woman went through to procure an abortion in the 1960s, written in 2004 in response to the passage ofthe Partial-Birth Abortion Ban. And then you can follow it up with Rebecca Traister's in-depth account, written just a couple weeks ago, onhow abortion's deadly DIY past could become its future. Neither of these reads are even remotely easy, but as two women who've never lived in a world without Roe, reading them did a LOT to stoke our internal revolutionary fires, and we hope they'll have the same effect on you.